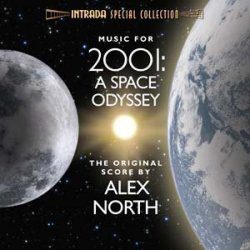 This was a very special project. The North estate unearthed Alex’s personal tapes from the unused 2001 score recorded in England in early 1968, and Nick Redman produced an album for Intrada (which has since reverted back to the North estate and been re-released by them). They asked me not only to recount the troubled Kubrick-North collaboration, but to examine the scores themselves (housed at UCLA), interview orchestrator-conductor Henry Brant, and pinpoint (as closely as possible) where the music would have been in the film itself. I’m very proud of this project and of my ongoing relationship with the North estate.