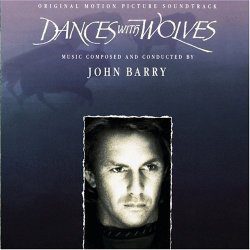 This film, and score, are very special to me. Premiere magazine OK’d my idea of a story about John Barry, the film composer who had nearly died of a ruptured esophagus, making a comeback with a major symphonic score for an epic Western. So I flew to NYC to interview the then-reclusive composer. He couldn’t have been nicer, and we became friends over the years. This is a huge, powerful orchestral work with multiple interweaving themes, and producer Didier Deutsch’s 2004 expansion (from 53 minutes to 75) was welcomed by all Barry fans.