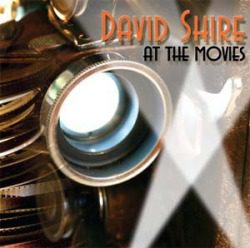 David Shire at the Movies

Bruce Kimmel has re-released one of his finest early Bay Cities efforts, a 1992 collection of Shire themes, on his Kritzerland label. It’s a mix of songs and instrumentals, including no less than four Maureen McGovern vocals (among them the Oscar-winning “It Goes Like It Goes”) and the composer himself on piano. Thrilling stuff, especially classics like The Conversation and the original, wordless-soprano vocal on The Hindenburg (realized here by opera star Carol Neblett). A bonus — drawn from Bay Cities’ 1991 Classical Hollywood II, to which I also contributed — is Shire’s own performance of his delightful “Sonata for Cocktail Piano.”