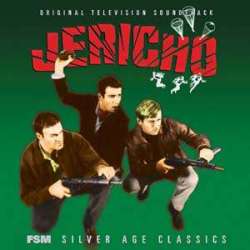 Another instance of great music written for forgotten TV shows: In this case a one-season World War II series, Jericho, produced by Norman Felton during the 1966-67 season, with a pilot score by Jerry Goldsmith (and others by the U.N.C.L.E. crowd of Schifrin, Stevens, Shores and Fried); and The Ghostbreaker, a fascinating 1965 pilot (alas, unsold) also produced by Felton but with a score by Johnny Williams. The latter was probably ahead of its time as dealing with various unexplained phenomena from vampires to haunted houses.