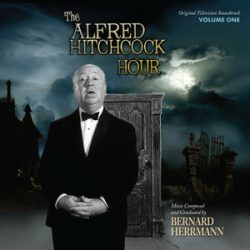 Many film-music fans are unaware that Bernard Herrmann not only scored several of Hitchcock’s movies, but also 17 episodes of his weekly television series between 1963 and 1965. I wrote the notes for all three volumes of Varese’s series, and talked with Norman Lloyd, who produced many of these and vividly recalled Herrmann’s participation. Volume 1 contains eight original Herrmann scores; Volume 2 has the other nine, including the classics “The Jar” and “The Life Work of Juan Diaz.” Volume 3 rounds out the set with scores by Lyn Murray, Leonard Rosenman, Lalo Schifrin and Benny Carter.