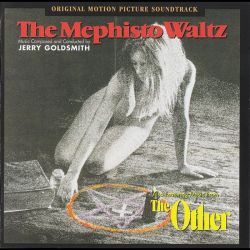 The Mephisto Waltz / The Other

This was one of a series of 20th Century-Fox scores that Nick Redman restored for commercial release on Varese Sarabande in the late 1990s. These were two early 1970s Jerry Goldsmith scores, both for horror films but very different in musical style. Both remain favorites.