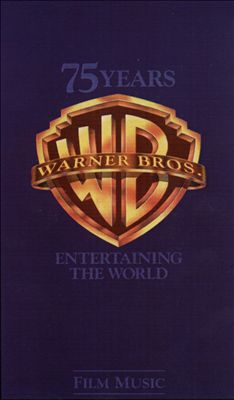 I was honored to be asked to contribute notes to Rhino’s 4-CD box set of songs and scores drawn from 75 years of Warner Bros. movies. My old friend Rudy Behlmer — who had memorably contributed to the studio’s landmark “50 Years of Film Music” box set of LPs — was quite rightly commissioned to cover the period from the 1920s through 1959. Cartoon-music expert Daniel Goldmark penned a short essay on animation, and it was my job to chronicle the period of the 1960s through 1997. Together we filled an 80-page book to accompany of the discs. The music is a real potpourri, of course, but it’s a fair cross-section of the vast WB output over nearly eight decades of American film.