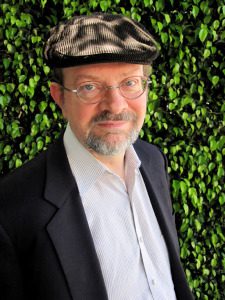 Jon Burlingame is the nation’s leading writer on the subject of music for films and television.

He writes regularly for Variety and, over the past 30 years, has also written on the topic for such leading newspapers as The New York Times, Los Angeles Times and the Washington Post; and such magazines as Premiere, Emmy and The Hollywood Reporter.

He is the author of four books: the award-winning, best-selling The Music of James Bond (Oxford University Press, 2012); the film-composer encyclopedia Sound and Vision: 60 Years of Motion Picture Soundtracks (Billboard Books, 2000); the television-music history TV’s Biggest Hits (Schirmer Books, 1996); and the Hollywood studio-musician chronicle For the Record (Recording Musicians Association, 1997).

Burlingame is the winner of two major industry awards: ASCAP’s Deems Taylor Award for outstanding music journalism (2013, for The Music of James Bond), and BMI’s Special Citation of Appreciation (2014, “for being a sincere and respected champion to so many in the film and television music community”). 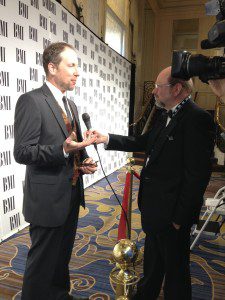 He has contributed chapters to other books, including one on Leonard Bernstein in On the Waterfront (Cambridge University Press, 2003), on John Williams in Boston Pops: America’s Orchestra (2000) and on Elmer Bernstein in Moving Music: Conversations With Renowned Film Composers (2003); he penned the foreword to Television Westerns (2011). He is a frequent contributor of program notes for film-music concerts (from the Hollywood Bowl to Carnegie Hall and London’s Royal Albert Hall). 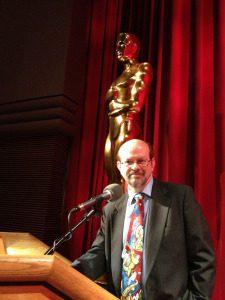 Burlingame teaches courses in film-music history and music on television at the University of Southern California’s Thornton School of Music. He has lectured on the topics over the past 20 years at locations around the world.

He has also served as host for programs of film music and television music, including evenings at the San Francisco Symphony and the American Youth Symphony; participated in on-stage discussions at the Kennedy Center in Washington, D.C., and the Walt Disney Concert Hall in Los Angeles; and hosted evenings devoted to film and TV music for the Academy of Motion Picture Arts & Sciences in Beverly Hills and the Television Academy in North Hollywood, Calif.

Burlingame has made appearances on, or contributed music commentaries to, numerous classic-film DVDs including On the Waterfront, King Kong, The Magnificent Seven, The Pink Panther, How the West Was Won, In the Heat of the Night, The Graduate and many others. He has also penned the liner notes to dozens of soundtrack albums. 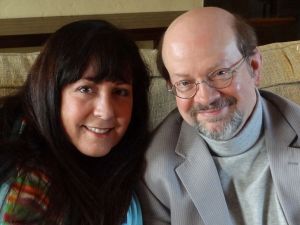 His television and radio appearances have included NBC, CNN, MSNBC, BBC, NPR, A&E and Bravo. He also wrote the five-part series on movie music, The Score, produced and hosted by the legendary Phil Ramone for the Trio cable network. And he can often be seen on the red carpet, interviewing music luminaries at events in Hollywood and elsewhere.

As a producer, Burlingame is responsible for four volumes of music from the classic spy series The Man From U.N.C.L.E.; another of music from Dr. Kildare (both on the Film Score Monthly label);  an award-winning 6-CD box set of music from Mission: Impossible, and a new 4-CD box set of music from TV’s The Wild Wild West (both sets on La-La Land Records). He has also written, produced and hosted a series of radio specials on great film composers for Classical KUSC in Los Angeles; and is producing a new series of short YouTube videos on film music.

He began his career as a reporter and critic for daily newspapers in upstate New York. He moved in 1986 to Los Angeles, where he now lives with his wife, producer and music historian Marilee Bradford (and their two dogs, Rodger and Petra).