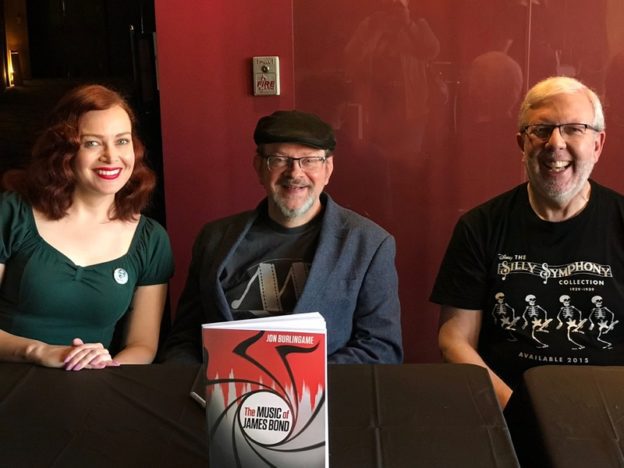 The first annual Maltinfest was held over the weekend at the Egyptian Theatre in Hollywood, and I was honored to be included in Sunday’s book-signing alongside TCM’s Alicia Malone and the legendary film historian Leonard Maltin himself. These are wonderful people — in case you were wondering, yes, both Alicia and Leonard are as nice as they seem on TV! — and it was massive fun to be with them on a Sunday morning, chatting and signing books for fans. Maltinfest, the brainchild of Leonard’s daughter and podcast partner Jessie, was such a success that they’re already talking about next year’s gathering.