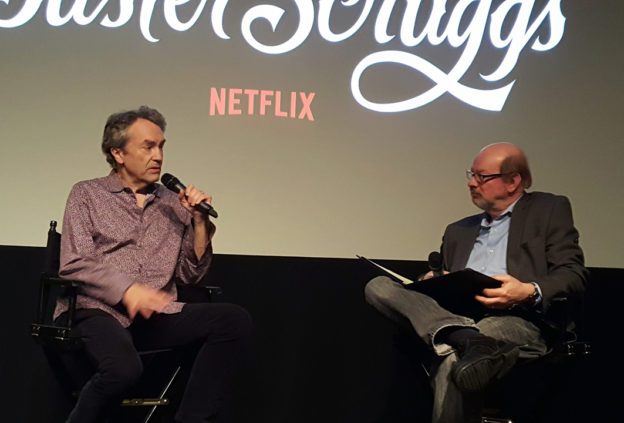 Thursday night, I had the pleasure of interviewing Oscar-nominated composer Carter Burwell (Carol, Three Billboards Outside Ebbing Missouri) after a Society of Composers & Lyricists screening of the newest film by Joel and Ethan Cohen, The Ballad of Buster Scruggs. Burwell has been scoring the Coen brothers’ films for more than 30 years, dating back to Blood Simple in 1984. This often amusing, sometimes harrowing Western is in six parts, which was like “scoring six movies,” Burwell said.