Emmy-nominated music in “Once Upon a Time” 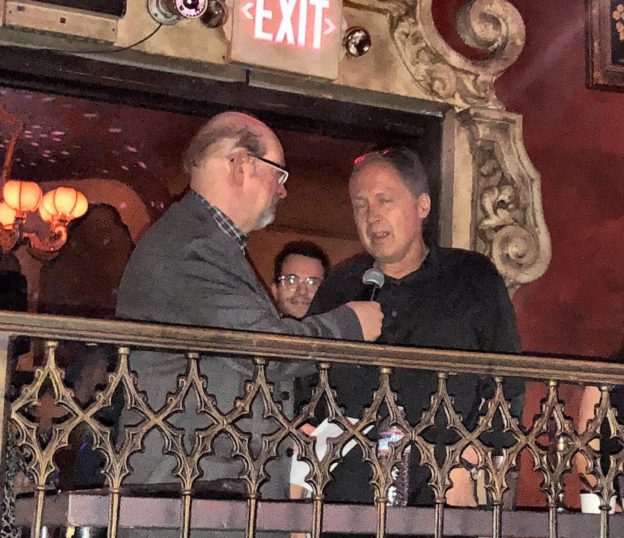 Veteran composer Mark Isham and two of his younger colleagues, Cindy O’Connor and Michael Simon, were Emmy-nominated for their music for the final episode of ABC’s long-running fantasy series Once Upon a Time.  Walt Disney Records sponsored an event honoring them on Thursday in Hollywood and I was happy to conduct a brief Q&A with the composers as well as series producers Edward Kitsis and Adam Horowitz. AFM Local 47 also honored them for recording all 156 episodes of the score with L.A. musicians (a rarity in series TV these days). Disney is releasing a seventh-season soundtrack album.