Hosting “Back to the Future” live 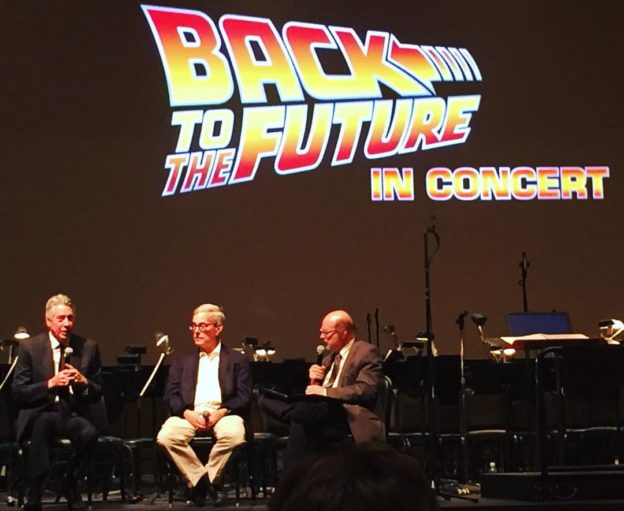 One of the most fun things I get to do involves presenting film-music events for the American Youth Symphony, one of the country’s finest ensembles of young musicians. Saturday night, at UCLA’s Royce Hall, they performed — under the baton of the brilliant music director David Newman — the entire score for Back to the Future, live to picture. It was a pleasure to conduct the pre-concert Q&A with writer-producer Bob Gale and composer Alan Silvestri, both of whom were informative and funny in discussing their work on the 1985 classic starring Michael J. Fox. The feeling in the sold-out hall was positively electric, and those involved with the event said that they had never seen such an enthusiastic response to Back to the Future – Live in Concert.