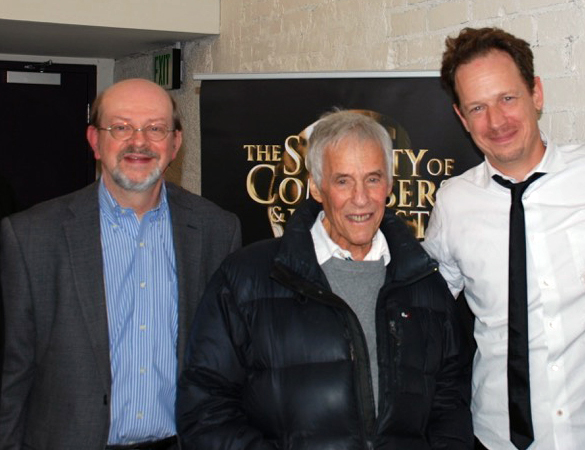 It was a distinct honor to be asked to interview legendary songwriter Burt Bacharach Wednesday night before a Society of Composers & Lyricists screening of the new film Po, about a single father struggling to raise his autistic son. Joining me onstage was director John Asher, who himself has an autistic son — and whose accidental meeting of Bacharach on a plane a few months ago led the three-time Oscar winner (Butch Cassidy and the Sundance Kid, Arthur) to decide not just to write a song for Po but to score the entire film. Bacharach told the tragic story of his own daughter Nikki, born prematurely in 1966 and who was only diagnosed late in life as autistic; she committed suicide in 2007. I’ll be writing in more depth about Bacharach and his score later this month for Variety.