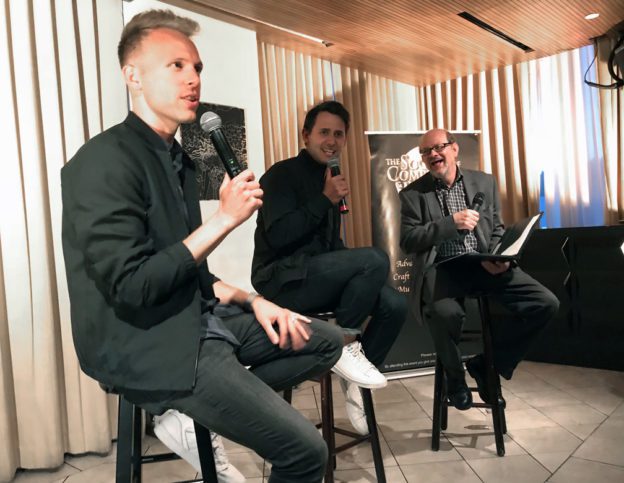 It’s always a joy to interview Benj Pasek and Justin Paul, the mega-hot songwriters who have already won the Oscar (for La La Land), a Tony and a Grammy (for Dear Evan Hansen). They were back in Hollywood this week to tout their Emmy-nominated work in Fox’s A Christmas Story Live! and I was honored to conduct the Q&A for the Society for Composers & Lyricists. We talked about their new song (“In the Market for a Miracle”) as well as their next major assignments, collaborating with Alan Menken on the live-action Aladdin and starting another Disney project, the live-action Snow White and the Seven Dwarfs. A week after this event, Variety published my interview with the two, which you can read here.