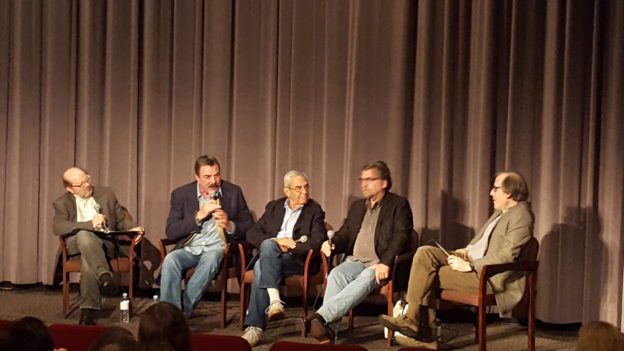 Thursday night at the Directors Guild of America, four collaborators on the Jesse Stone television movies joined me on stage after a screening of the latest Hallmark Channel movie, Jesse Stone: Lost in Paradise. The occasion was composer Jeff Beal’s Emmy nomination for Music Composition for a Limited Series, Movie or Special, and it was a treat to hear star Tom Selleck, director Robert Harmon and writer-producer Michael Brandman extol Beal’s music as a key component of the storytelling in all nine Jesse Stone movies. I was delighted to act as moderator and to find out, first-hand, that actor-writer-producer Selleck was as interested in the contribution of music as everyone else on that stage.