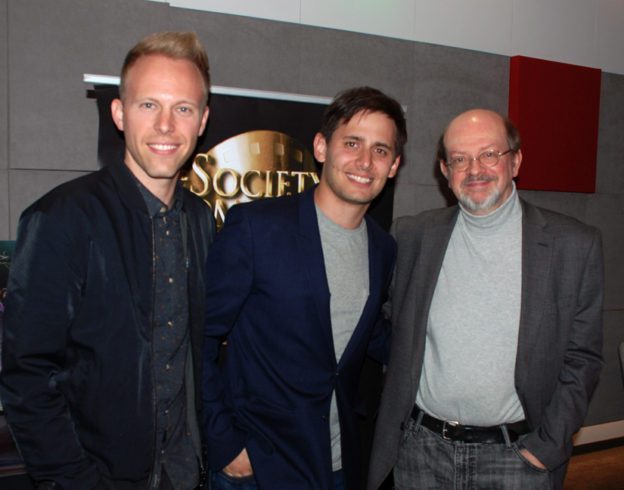 Benj Pasek and Justin Paul are among this country’s most talented and sought-after songwriters, so when Fox asked me to do a live Q&A with them following a Society of Composers & Lyricists screening of The Greatest Showman at 20th-Century Fox, I jumped at the chance. If you don’t know their names, you almost certainly know their music: They have already won the Oscar for La La Land and the Tony for Dear Evan Hansen, and their songs for A Christmas Story were heard during Fox’s recent live telecast of the musical. (They also wrote my favorite TV song of last year, “Runnin’ Home to You” for The Flash.) Their song “This Is Me” is certainly a contender for the Best Song Oscar.