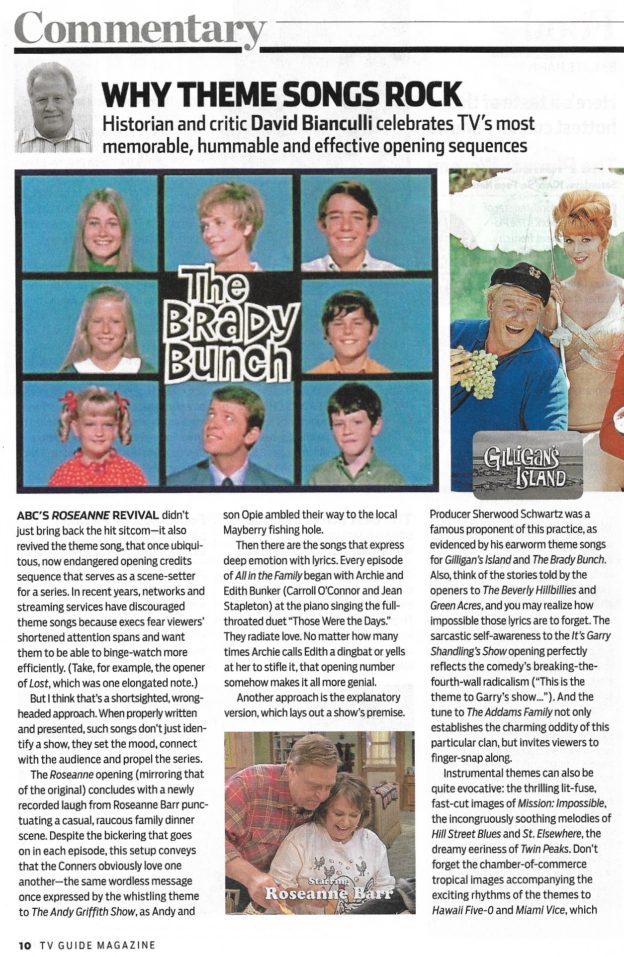 You never know when an old colleague will reach out and ask about something within your particular area of expertise. I’ve known TV critic David Bianculli for many years, ages ago at the New York Daily News and now as frequent host of NPR’s Fresh Air and editor-in-chief of TVWorthWatching.com. I have enormous respect for him, and when he called a while back to talk about the theme for TV’s Twilight Zone, I had no idea that it would wind up as part of his tribute to television themes in the current TV Guide. But I am delighted, and it’s the first time (in over 30 years of writing about TV) that I’ve been quoted in that venerable publication.