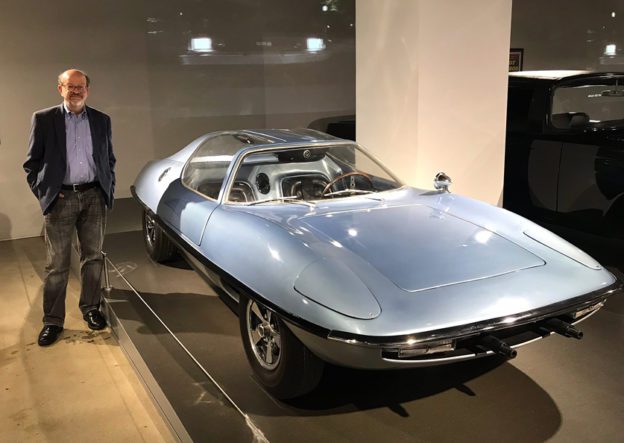 One of this month’s highlights was attending the opening of the Petersen Automotive Museum’s “Hollywood Dream Machines: Vehicles of Science Fiction and Fantasy” exhibit — especially because they are showcasing the Man From U.N.C.L.E. Car that was such a favorite of mine during the series’ final two seasons in 1966-68 (I later produced seven CDs of original music from the series and its spinoff films). My old friend Robert Short restored and owns this futuristic-looking, one-of-a-kind spy car, and he has loaned it to the museum for the next few months. Bob was there for the opening, too. The U.N.C.L.E. car, fascinatingly, is displayed between two other iconic 1960s vehicles: The Green Hornet‘s Black Beauty and Batman‘s Batcycle. I wanted to get in/on both of them but security would surely have thrown me out.