The music of “Fosse / Verdon” 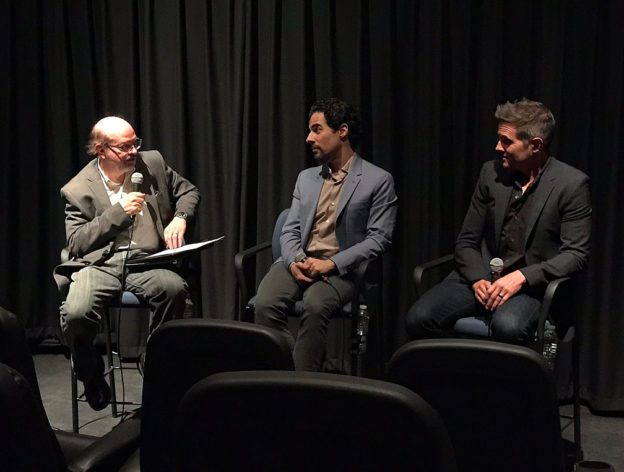 Fosse / Verdon was one of Marilee’s, and my, favorite miniseries of the 2018-19 season. We were suspicious going in (Sam Rockwell and Michelle Williams as Bob Fosse and Gwen Verdon? Really?) and then hooked — and completely convinced — from the opening frames. So when I was asked to moderate a Q&A with Emmy-nominated Alex Lacamoire (supervising music producer) and Steven Gizicki (music supervisor), I jumped at the chance. Lacamoire, whose credits are stellar (including Broadway’s Hamilton!), and Gizicki, equally so (La La Land!), explained the complexity and detail involved with re-creating the songs and sounds of the theater and film classics in the show — everything from Sweet Charity and Pippin to Cabaret and Chicago. Both guys are now working on the film version of Lin-Manuel Miranda’s Into the Heights, and I can’t wait for our next conversation.