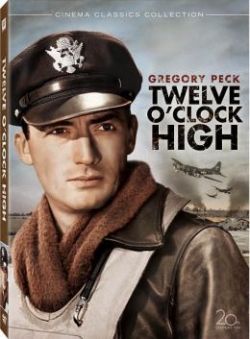 This was another in the series of Fox movie classics where film historians Nick Redman, Rudy Behlmer and I sat down to talk about the making of the film. As usual, my role was to discuss music, although in this case Alfred Newman’s score is so sparse there was less than usual to contribute. Still, the film a bona fide World War II classic and I was happy to tag along; talking movies with Nick and Rudy is always fun.