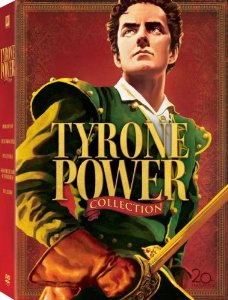 This was some of the most fun I have ever had doing a commentary track. This 1947 Fox swashbuckler with Tyrone Power runs 140 minutes and we — that is, producer Nick Redman, film historian Rudy Behlmer and me — managed to fill the entire thing. My topic was composer Alfred Newman’s classic score. (Plus you get the entire score, isolated, on a separate track.)