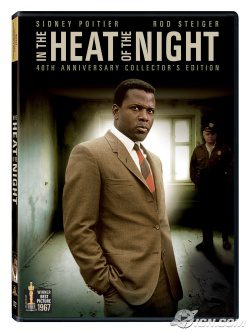 In the Heat of the Night

Quincy Jones composed, so far as we can tell, the first blues-based score for a major studio film. It’s somewhat shocking to discover that the title song for this Best Picture-winning film — now an iconic one, with its great Ray Charles vocal — wasn’t even nominated for Best Song that year. (Luckily Quincy received Best Song and Best Score noms for two other films, so he was at least acknowledged.) The producers asked me to contribute some historical background and insight into the Jones score, and I wound up in two of the featurettes on this 40th anniversary DVD. Six years later, Susan King asked me to talk about Quincy for this L.A. Times story.