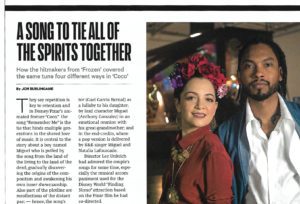 The two most likely candidates for Best Song nominations at the Oscars come from very different movies: “Remember Me,” the musical centerpiece of Disney/Pixar’s Coco, and “This Is Me,” the outcasts anthem from the P.T. Barnum biopic The Greatest Showman. They also happen to be the work of four of America’s current greatest songwriters, all previous Oscar winners: Bobby Lopez and Kristen Anderson-Lopez (Frozen), who wrote “Remember Me”; and Benj Pasek and Justin Paul (La La Land), who wrote all the songs in The Greatest Showman. I chronicle the creation of both songs in this week’s Variety: Here is the “Remember Me” backstory, and here is the one on “This Is Me.” 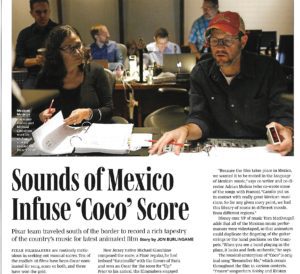