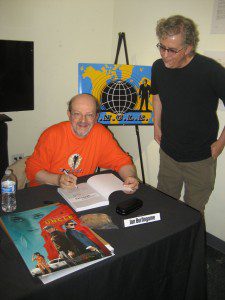 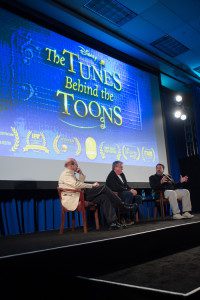 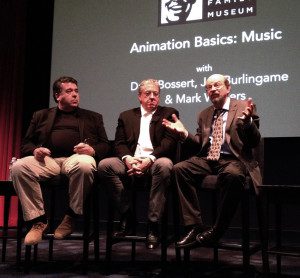 On Saturday, I had the privilege of joining veteran Disney director Dave Bossert and composer Mark Watters at the Walt Disney Family Museum in San Francisco. As part of its “Animation Basics” series, the museum screened Bossert’s excellent documentary The Tunes Behind the Tunes — as well as the classic Mickey Mouse short The Band Concert and a rarely seen Oswald the Lucky Rabbit cartoon, Hungry Hobos — and then we answered questions from those in attendance. Watters and Bossert have been close collaborators for many years (here is a story I wrote about them for Variety in 2012) and it was great fun to talk about music for Disney cartoons before such an appreciative and responsive audience.