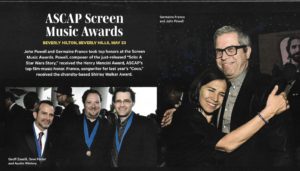 Breaking Bad has been acclaimed as one of the great dramatic series of our time. One of the least talked-about aspects of the show has been its music by Dave Porter. He is one of the few key creative contributors to the series who has never been Emmy-nominated. Here’s an interview with the composer and a look back at his evocative music for the series.