A new film on the craft of creating music for movies, Score: A Film Music Documentary, opens this weekend in New York (and next weekend in Los Angeles). It features new interviews with composers including Hans Zimmer, John Powell, Quincy Jones, Brian Tyler, John Debney, David Arnold, Rachel Portman and others; footage from earlier films featuring John Williams and Thomas Newman; and commentary from critic Leonard Maltin, agent Richard Kraft, Disney executive Mitchell Leib, record producer Robert Townson, director James Cameron, and many more. I am on camera from time to time to offer historical perspective. Filmmaker Matt Schrader filmed numerous scoring sessions in Los Angeles and London, and the result is a fast-moving, illuminating look at the art and business of movie music. You’ll see me in the trailer, which is here along with the New York Times‘ rave review.

Veteran U.K. broadcaster Tommy Pearson asked me to join his two-hour Classic FM radio broadcast on the music of James Bond. The catch: he would be in London with 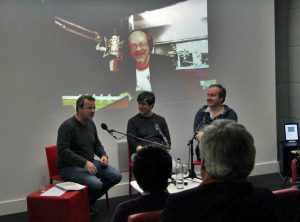 Skyfall composer Thomas Newman and five-film Bond composer David Arnold, while I was in L.A. at the studios of KUSC-FM. It was all done live over two hours, with classic 007 music bits interspersed with the conversation. Amusingly, there was a camera in the L.A. studio (no one told me, or I’d have donned something other than an old T-shirt) so that the live audience in London could see me. Anyway, it was all great fun. Here’s an overview of the show; and more photos are here. 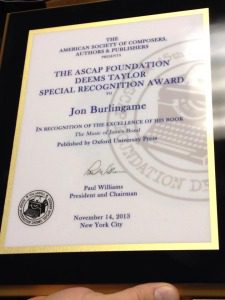 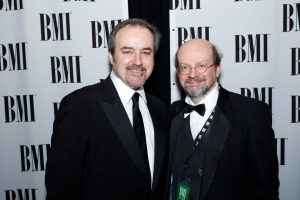 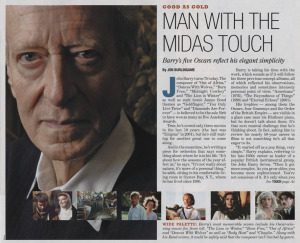