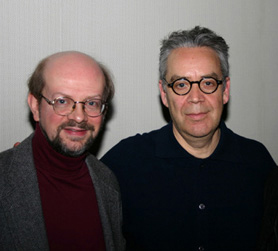 I am very proud of this one. This L.A. Times story was the first mainstream-press piece to call wide public attention to the immense accomplishment of Howard Shore in composing the score for Peter Jackson’s The Lord of the Rings. I delved deeply into the orchestral and choral details of the music for Fellowship of the Ring, interviewed both Shore and Jackson, and then broadened the story to include Shore’s earlier collaborators, David Cronenberg and Jonathan Demme. Of course Howard would eventually win three Oscars for his work — but this was the very beginning of a multi-year, multi-film odyssey that continues today.