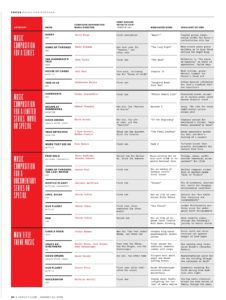 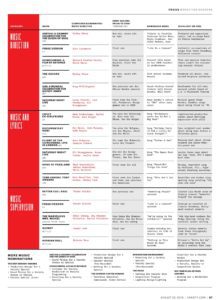 Every year at this time, Variety asks me to view all of the Emmy nominees in the music categories, interview as many as possible, and write a bit about their accomplishment. It’s gotten more complicated as the years have gone by, as there are now seven categories (music composition for a series, for a miniseries or movie, and for a documentary; songwriting; music direction; main title theme; and music supervision). The chart now covers two pages of the August Music for Screens issue, and is rarely reproduced online. Click on the individual pages (and then zoom in for a closer look at each).