The L.A. Times asked for a piece linking Wagner’s 19th-century leitmotifs with today’s film music, notably that of Williams (in the Star Wars films) and Howard Shore (in the Lord of the Rings trilogy). It was an offbeat assignment that put me in touch with scholars who shared interesting perspectives. 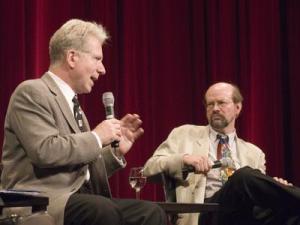 I was delighted to participate in a panel talking about the career of film-composing great Franz Waxman. Conductor John Mauceri hosted, with producer Robert Townson and the composer’s son John Waxman also joining us. Here’s Susan King’s preview of the event.