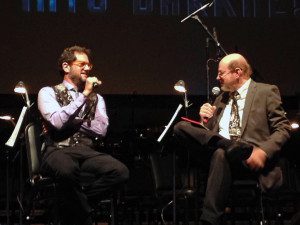 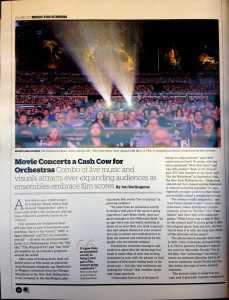 The fastest-growing trend for major orchestras — both here and in Europe — is the advent of the “live to picture” concert, in which full movies are shown with live musical accompaniment. I explore this arena in a story for this week’s Variety, along with a sidebar on an upcoming Los Angeles concert of live-to-film Disney cartoons — and a fun story about composer Michael Giacchino‘s three big summer pictures: Inside Out, Tomorrowland and Jurassic World.