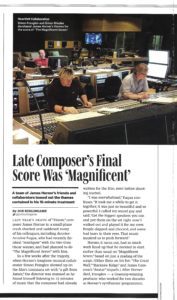 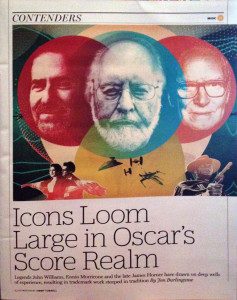 For Variety‘s second installment in our series on potential Oscar nominees in the music categories, I interviewed five composers, seven songwriters, a music supervisor and a director. Our main story features John Williams, in his first interview offering details of his new Star Wars score, as well as Hateful Eight music supervisor Mary Ramos talking about Ennio Morricone’s music; and The 33 director Patricia Riggen discussing the late James Horner’s contributions to her film. I also wrote four of the six composer profiles (on Thomas Newman, Michael Giacchino, Carter Burwell and Brian Tyler) and half of the song story (including interviews with Spectre singer-songwriter Sam Smith and The Hunting Ground songwriters Diane Warren and Lady Gaga). And there’s still more to come! 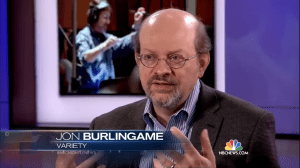 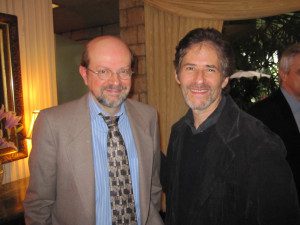 I love writing about the non-film work of composers better known for their movie scores. Elliot Goldenthal has been commissioned to write his first symphony, and the Pacific Symphony — in addition to debuting the Goldenthal work — will also showcase pieces by James Horner and Howard Shore. Here’s a piece I wrote for Variety previewing them.