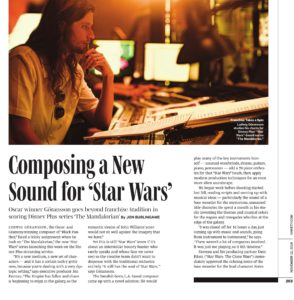 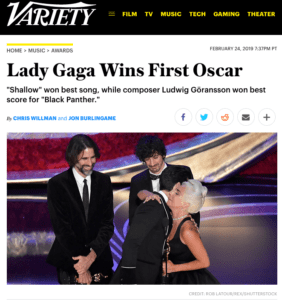 The 91st Academy Awards are in the books at last. It was a joy to report on composer Ludwig Goransson’s victory in the original-score category, more than a year after I first called attention to his African-infused music for Black Panther in the pages of Variety. In the days leading up to the awards, we also broke the news about Alexandre Desplat’s inability to attend (recuperating from throat surgery) and about Bette Midler performing Marc Shaiman’s moving song “The Place Where Lost Things Go” from Mary Poppins Returns. My story about Sunday’s Oscarcast also discusses the L.A. Philharmonic’s performance of a touching John Williams piece from Superman (an Oscar nominee 40 years ago!) for the “In Memoriam” segment. 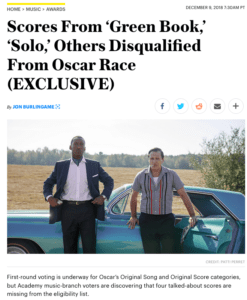 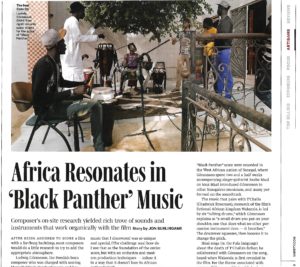 My editor at Variety came up with an interesting angle, and one especially relevant in today’s world of sequels, spinoffs and reboots: what’s the role of music, and how do composers decide when and where to apply themes from previous films or TV shows? For this final story in our pre-nominations Oscar-music series, I received fascinating answers from John Williams (Star Wars: The Force Awakens), Thomas Newman (Spectre), Michael Giacchino (Jurassic World), Christophe Beck (The Peanuts Movie), Ludwig Goransson (Creed) and Joe Kraemer (Mission: Impossible – Rogue Nation).