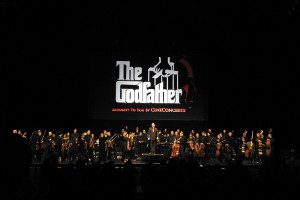 “Old man, how is it that you hear these things?” “Young man, how is it that you do not?” For the David Carradine series of the 1970s, composer Jim Helms (1933-1991) created some of the most evocative and mystical music in TV history. Helms himself was something of a cipher, known within Hollywood musical circles and to those with whom he worked… but not to the world at large. I interviewed flutist Sheridon Stokes, keyboardist Mike Lang and percussionist Emil Richards, who played on many of the scores, as well as fellow songwriter Gary LeMel and series producer Alex Beaton. This CD was derived from the 1973 LP, a rare instance in which music and dialogue actually work well together. (I recall reading the Kung Fu book and being furious that there was no mention anywhere of the music, clearly one of the crucial factors that made it so memorable. In this booklet, I attempted to redress this grievance. I even discovered a portrait of Helms from the 1960s that art director Joe Sikoryak improved upon.)