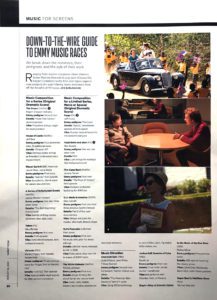 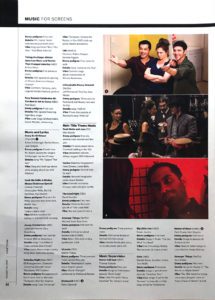 Every year for Variety‘s late-summer music issue I prepare a chart examining every nominee in the Emmy music categories. This year the number expanded from five to six, with the new music-supervision category, so the “chart” now encompasses two pages instead of just one. We looked at the nominees’ past Emmy record, and created a line or two that gives a sense of the music, the song, the music direction and whatever else seems to be relevant. This content is rarely posted online, so here’s what they looked like in this week’s issue.