Justin Hurwitz talks about composing the songs and score for La La Land; Dustin O’Halloran discusses the complexities of writing the music for Lion with another composer on the other side of the world; and Nicholas Britell explains how a hip-hop technique informed his piano-and-violin score for Moonlight. SoundWorks Collection offered a rare opportunity to go in-depth with each of these Oscar-nominated composers, talking about the unique challenges of each film and even playing their key themes at the piano. Here is the Hurwitz video, shot in a unique North Hollywood location; here is O’Halloran, in his Los Angeles studio; and here is Britell, talking and performing in L.A.’s legendary Nightbird studio. The series is called “Road to the Oscars,” and I was delighted to be its host.

John Ottman, who is as skilled an editor as he is a composer, has filled both jobs again (as well as being a co-producer) on the action-packed, visual-effects-filled X-Men: Apocalypse, which opens this weekend. In this fascinating interview for SoundWorks Collection, Ottman talks about his triple-threat role, how complex the job was, whether he thinks about music while he’s cutting the film, and much, much more. This was his third X-Men film (after X2 and Days of Future Past) and his 10th project with director Bryan Singer. 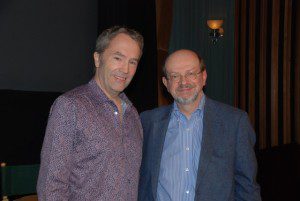 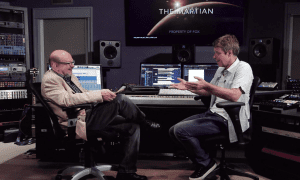 Ridley Scott’s new film The Martian is not only getting great reviews, it’s his biggest commercial success in years. Last week I sat down with English composer Harry Gregson-Williams (Scott’s collaborator on such past films as Kingdom of Heaven) to discuss his music for The Martian. It’s for my partners at SoundWorks Collection and is our best video to date, incorporating scenes from the film, musical excerpts, and footage of Harry conducting a large ensemble in London’s Abbey Road. Harry talks about the hybrid nature of the score (partially electronic, partially orchestral, some choral work), how his musical approach changed during the scoring process, and why he likes to conduct his own work. 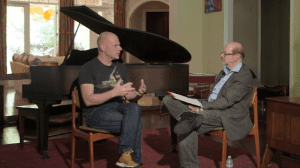