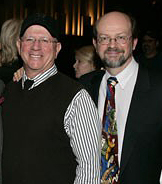 BMI asked me to profile Alan Silvestri during the summer of 2010. He was just about to start music for The A-Team, but I was anxious to talk about the role of technology in a film composer’s life, his wonderful Christmas carol for Andrea Bocelli — and the unique thing about Silvestri, which was the fact that he also owns a successful winery. (And those wines have won numerous industry awards.)