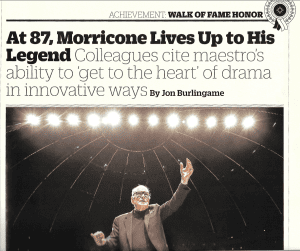 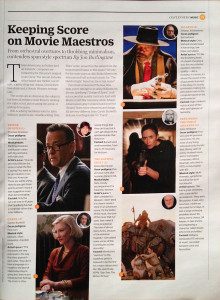 My last Variety story during the 2015 Oscar campaign examines each of the five nominees for Best Original Score: music by John Williams, Ennio Morricone, Thomas Newman, Carter Burwell and Johann Johannsson. Here is the link to the score story; also here is a second story, about this year’s Best Song category, that draws on my original interviews with nominees Lady Gaga and Diane Warren (“Til It Happens to You”), Sam Smith (“Writing’s on the Wall”) and J. Ralph (“Manta Ray”).