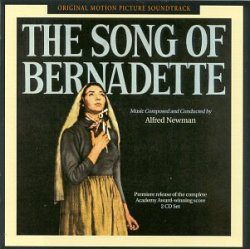 This was not only an Oscar winner but one of Alfred Newman’s very finest scores. I still lecture on the use of music in the “Vision” scene from this 1943 classic. Although, like Captain From Castile, this had been released in truncated form on 78-rpm discs in the 1940s, later on LP and in suites on CD, this 1999 release marked its first complete release.