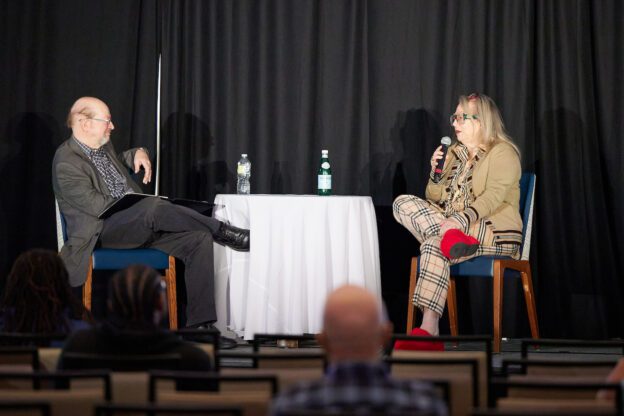 The Production Music Association invites me every year to interview a major composer at its annual Production Music Conference. This year’s was at the Omni Hotel in downtown Los Angeles, and my guest was Emmy-winning composer Laura Karpman, who had recently finished Ms. Marvel and was beginning work on her next feature film, The Marvels. It was a wide-ranging discussion that included not only her music but also her role as an advocate for marginalized composers (as co-founder of the Alliance for Women Film Composers and as a governor of the Motion Picture Academy). Earlier that month I reported on the amazing rise in the use of production music in broadcast and cable programming.