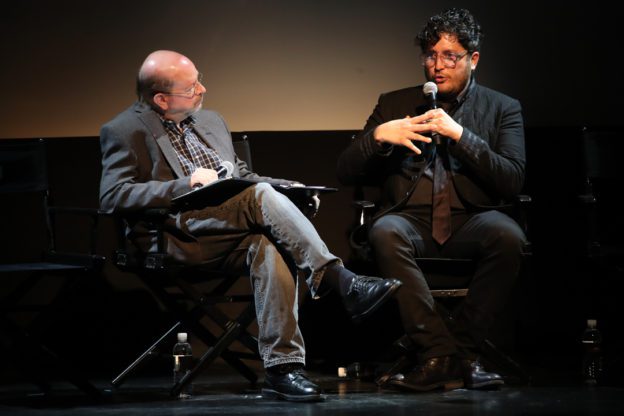 Hulu's FYC event for the finale of The Handmaid's Tale, featuring an orchestral performance, at the Montalban Theater in Hollywood on June 8, 2017. Jon Burlingame and Adam Taylor, shown. (Photo by: Dan MacMedan/Hulu)