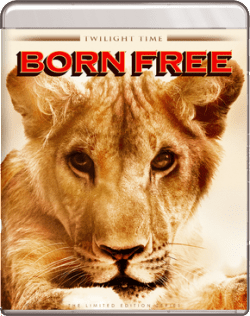 It’s sad that the 1966 film Born Free seems to have fallen into obscurity. It’s really a wonderful film, based on the true story of an English couple who adopt and raise an orphaned lion cub in Kenya but then must teach her how to survive in the wild. I was delighted that the folks at Twilight Time asked me to participate in a commentary track, specifically to talk about John Barry’s music, which won Oscars for Best Song and Best Score. Prior to Born Free, Barry was primarily known as composer for the James Bond films; these were the first of five Oscars he would ultimately win for his classic film music.