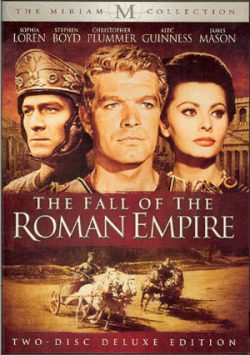 The Fall of the Roman Empire

Dimitri Tiomkin’s grand-scale score for this 1964 epic — the last of his original-score Oscar nominations — is the subject of a 20-minute featurette. I spent considerable time in the Tiomkin archives at USC, examining the scores and the many press clippings that helped illuminate the history of Tiomkin’s involvement with producer Samuel Bronston and the project. Here is a nice assessment of the piece. I’ve always loved this score, one of the best of Tiomkin’s final decade in films.