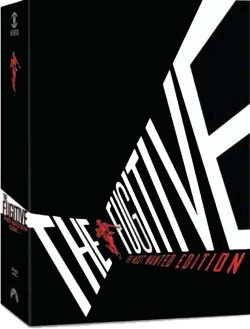 The Fugitive: Most Wanted Edition

I contributed a feature (“The Sound of the Chase”) about composer Pete Rugolo and his music for this landmark 1960s TV series. It was an interesting postscript to what may be the most notorious music debacle in the history of DVD releases, which I reported about in a 2008 Variety story and followed up with a more detailed piece later in the year.