Once in a while my editors at Variety will commission an essay on a topic of current interest. They asked for two in December, and I found both fascinating: A long piece looking at the progress, or lack thereof, that women composers have been making in film and TV music; and a second, somewhat lighter in tone, about the current popularity of television themes — mostly on the streaming services — and how they seem to be more memorable lately.

A few years ago, the Academy of Motion Picture Arts & Sciences’ music branch — the approximately 400 composers, songwriters and music editors who decide the Oscar nomination slate for songs and scores — returned to an old practice: the “shortlist,” a way of winnowing down the vast number entered (this year, 147 scores and 82 songs) to a manageable few. I follow this process closely and chronicle it for Variety. Here is an early prediction of the score lineup, looking at 22 possibilities; here is my exclusive on the score and song disqualifications; here’s a full list of the songs that were eligible; and here is a quick analysis of the shortlists themselves, announced on Dec. 21. (I had earlier investigated the idea that the Doja Cat song in Elvis might be disqualified — and it was.)

It’s been a wild couple of months doing almost constant live Q&As with composers and songwriters for the current crop of Oscar hopefuls. For the Society of Composers & Lyricists alone there have been nearly a dozen. Some of the more memorable ones have been Tar with composer Hildur Guonadottir and director Todd Field; White Noise with Danny Elfman; Pinocchio with composer Alexandre Desplat and director Guillermo del Toro; The Banshees of Inisherin with Carter Burwell; Glass Onion with Nathan Johnson; A Man Called Otto with composer Thomas Newman and producer-songwriter Rita Wilson; and Spirited with songwriters Benj Pasek, Justin Paul and Khiyon Hursey.

Every year, mostly in November and December, Variety asks me to see a nonstop barrage of new movies and interview their composers. This year’s crop included Justin Hurwitz for Babylon, Marcelo Zarvos for Emancipation, Chanda Dancy for Devotion, Nicholas Britell for She Said, Ludwig Goransson for Black Panther: Wakanda Forever, Hildur Guonadottir for Tar, Terence Blanchard for The Woman King, Michael Abels for Nope, Benjamin Wallfisch for Thirteen Lives, and Michael Giacchino for The Batman. 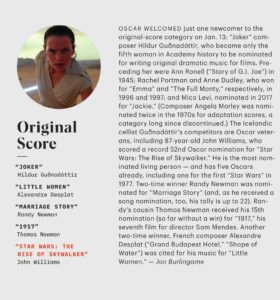 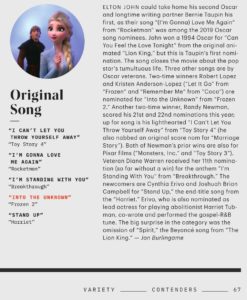 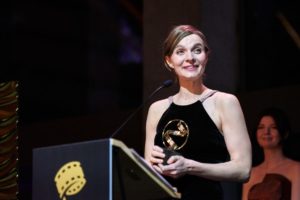